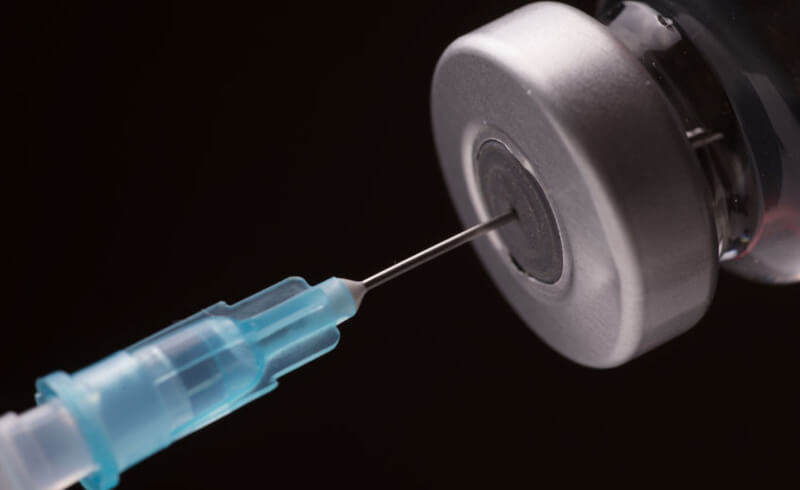 The Origin of Botox: How It All Started

Botox is the face of the non-surgical cosmetic treatment industry. An estimated 6 million people undergo Botox treatments annually, and the Botox industry reached sales of nearly $1 billion in the last financial quarter alone.

But this trend is relatively new – in 2001, annual Botox sales were just around $300 million (source). Understanding Botox’s quick rise means understanding how Botox all started.

On this page we will explore how scientists turned one of the deadliest toxins in the world into a cosmetic treatment used by millions of people every year.

Clostridium botulinum creates the botulinum neurotoxin, which is one of the most powerful known toxins. When this toxin enters a person’s body, they acquire the severe neuroparalytic disease known as botulism.

There are six kinds of Clostridium botulinum – A, B, C, D, E, and F – with each type producing a unique exotoxin but similar symptoms.

There are four categories of botulism as a disease:

Clostridium botulinum is widely present in nature, and can be found in soil (forest and cultivated), streams, coastal waters, lakes, and in the intestinal tracts of mammals and fish, as well as other parts of shellfish and crabs.

It should be noted that any type of low-acid food can create the environment for Clostridium botulinum spore and toxin growth. This includes many canned vegetables, fish, and meats, including peppers, olives, salmon, corn, ham, eggplant, beans, and more.

When dealing with botulism, the illness can often be difficult for doctors to diagnose, as the early symptoms are generally shared with more common diseases that physicians may be more familiar with. Early onset symptoms include constipation, vomiting, and nausea.

Early detection and administration of anti-toxins are essential towards successfully treating botulism.

Botox: The Napoleonic Wars, The Sausage Disease, and Bacteria Discovery

While Clostridium botulinum can be found in soil worldwide, it wasn’t until after the Napoleonic Wars of the early 1800s when it was first discovered. This discovery was largely due to two European biological scientists: Justinus Kerner and Émile Pierre-Marie van Ermengem, whose work towards discovering Clostridium botulinum occur seventy years apart.

The early 1800s were a difficult time for most of Europe, with many countries experiencing and afterward recovering from the Napoleonic Wars of 1803 to 1815.

Though it was common knowledge at the time that pork products could lead to a number of deadly illnesses, poverty forced people to eat pork sausages, despite lacking the resources for clean and proper preparation.

A country famous for its sausages, Germany experienced more pork-related deaths than other areas. Smoked blood sausages were the most common cause of the sausage disease, and so many people were falling ill to it that in 1811 the Department of Internal Affairs of the Kingdom of Württenberg attributed the poisoning to “prussic acid” (source).

He studied those with symptoms of the disease and began testing sausages himself, discovering that the sausages could become poisonous even without exposure to air. Kerner theorized that if isolated properly, parts of the poison could be used to paralyze muscle twitches and spasms (source).

The disease was named botulism after Kerner’s studies, originating from the Latin word for sausage, “botulus”. (Some argue that it was named so because the bacteria could be seen to be rod or sausage-shaped.)

Kerner’s previous study and classification of botulism poisoning had made the medical community aware of its symptoms, and van Ermengem intended to understand exactly how the poisoning worked.

Van Ermengem soon identified the tiny rod-shaped bacteria which grew in oxygen-free petri dishes. He discovered valuable information about this bacteria: it created the toxin rather than was the toxin itself, some animals were immune to the toxin’s effects, and heating and salting could prevent the toxin from being created.

Van Ermengem named it Bacillus botulinus, which was later renamed Clostridium botulinum when it was placed in the Clostridium genus.

Food canning started in the early 19th century in France, and found its way to the US by 1825. It was only after the Civil War that it gained popularity, after soldiers in the millions were forced to eat rations packed in cans.

Although they were reluctant to eat food packaged in unfamiliar conditions, the practice slowly grew in popularity as canners improved the public image of canned food. This was done with government regulations, scientific improvements, and better canning practices.

But spoilage was still an area of concern. Germ theory only became widespread in the late 19th century, and canners were forced to deal with microorganisms growing in their cans.

While most kinds of spoilage were relatively harmless and obvious (through smell or sight, and only causing short-term digestive issues), one lethal kind of bacteria was difficult to get around: Clostridium botulinum.

The major event that rocked the canning industry occurred in 1920, when a botulism outbreak caused by spoiled olives killed 18 people across the country. The problem was damaged cans: if cans acquired any dents or holes during the canning process, they could possibly become hosts to botulinum toxin growth (source).

Public trust in canned food dropped, and canners were forced to work with the government and scientists once more to improve their canning practices. With improved government regulations and stricter and more scientific canning processes, the public slowly accepted canned food into their kitchens again.

The Modern World and Botulism: Is It Still A Danger Today?

While the modern world hasn’t experienced the kind of botulism outbreak that ravaged Europe in the 1800s or the outbreak of 1920, there have been a few worldwide scares in the last few decades that led to can recalls in the tens of millions.

In 1982, a Belgian died of botulism after eating canned salmon imported from the US (the man’s wife also ate the salmon and fell ill, but later survived). Health agencies worldwide began tracking the US-packaged salmon cans, leading to a recall of 55 million cans of salmon.

It was found that a few of the cans contained a tiny defect – a small hole at the side of the can – which had been caused by a malfunctioning machine in the packaging process. This hole led to the growth of botulinum toxin in some cans.

This event was similar to a case in 1974, when 75 million cans of mushrooms were pulled from shelves after concerns of botulism.

The question remains: is foodborne botulism a danger today? For the most part, no. From 1926 to 1982, there were only eight reported deaths caused by foodborne botulism due to contaminated cans (an estimated 900 billion cans of food was consumed during this time) (source).

All tests failed during the first Great War, but this was later picked up by American laboratories during World War II. One attempt at botulinum biological warfare was developed by the US Office of Strategic Services, or the OSS.

The plan was to equip trusted Chinese prostitutes with gelatin capsules containing lethal doses of botulinum toxin. The prostitutes would hide the capsule in their hair or behind their ears, and slip it in the food or drink of high-ranking Japanese officers who hired them (source).

The plan went as far as the production and shipment of the pills to a Navy detachment in Chunking, China. Unfortunately, when the pills were tested on stray donkeys who were unaffected by the poison, the project was cancelled. It was later discovered that donkeys are actually immune to botulism, explaining their survival.

While botulinum toxin is still one of the most acutely toxic substances in the world (theoretically, just 4 kilos of it could kill all of humanity), studies and projects in biological warfare are now concerned with other substances.

This is because it was discovered that botulinum toxin is a poor candidate for biological weaponry, for the following reasons:

In the 1960s, ophthalmologist Dr. Alan Scott of the San Francisco Smith-Kettlewell Eye Research Institute started research into new alternative treatments for strabismus, or crossed eyes. Strabismus is largely caused by hyperactive muscles in the eyes forcing them to look in separate directions.

Dr. Scott theorized that by dulling the nerves and muscles in the area, the faulty neurotransmissions could be blocked, thus curing crossed eyes. Scott and his partner Dr. Edward Schantz tested a number of substances on monkeys with strabismus, and finally found success when they injected them with botulinum toxin (source).

After nearly a decade of animal testing, Scott and Schantz were granted FDA permission for human trials. In 1978, they began injecting botulinum toxin to treat strabismus in humans.

The breakthrough strabismus treatment became widespread in North America in the 80s, and was later officially approved by the FDA for treating blepharospasm (eye spasm) and strabismus in 1989.

While testing on monkeys in the 70s, researchers observed that the botulinum toxin had another unintended effect: it dramatically reduced the lines and wrinkles in the glabella, or the area in the face above the nose and between the eyes. While doctors were aware of this side effect, this knowledge went largely ignored until 1987.

Dr. Alastair Carruthers and Dr. Jean Carruthers together ran a clinic in Vancouver, where they treated everything from skin cancer surgery to cosmetic procedures and blepharospasm. Though not yet approved by the FDA, by this time botulinum toxin had become a popular treatment for the eye spasm condition.

It was a blepharospasm patient of Dr. Jean Carruthers who opened her to the idea of botulinum toxin as a facial wrinkle treatment. In one session, as Carruthers was injecting the toxin in her patient, the patient demanded that she inject again in the forehead.

When asked why, the patient claimed that “when you inject in my forehead, my wrinkles go away.” (source)

Dr. Alastair and Jean Carruthers discussed the patient’s observation and began seeing botulinum toxin as a treatment for frown lines in the forehead, known as “glabellar lines”. The fillers used for treatment at the time were painful for patients and its effects were short-lived.

The two doctors began testing on their receptionist and later their patients. They presented their success at various conferences in the early 90s, including the American Society for Dermatologic Surgery in 1991.

Unfortunately, their colleagues weren’t sold. They believed that it needed more clinical trials to prove any kind of lasting success. The Vancouver pair continued sharing their results over the next few years, and their conference audience slowly grew.

Though Botox began making a name for itself in the cosmetic treatment world in the 90s, it wasn’t until 2002 that the FDA officially approved it for glabellar lines, and later in 2013 for crow’s feet. At My Ethos Spa, we offer a number of Botox-related services.

Today, Botox is used for a number of medical and therapeutic applications, including:

Botulinum toxin can now also be found in several popular commercial forms, including:

Botox: The Anti-Aging Solution From My Ethos Spa

At My Ethos Spa, we know everything there is to know about Botox, from its history to how it can help you today. Botox is your all-in-one anti-aging facial solution, working on everything from forehead lines to crow’s feet and more.

Contact us today and find out how we can help you with your Botox need.