How Does CoolSculpting Work?

Scientists at Harvard University observed years ago that some children who ate popsicles got dimples in their cheeks. The scientists, Dieter Manstein, MD and R. Rox Anderson, MD soon came to the realization that the popsicles were freezing and eliminating small pockets of fat cells in the childrens' cheeks.

The idea that cold can target fat cells without damaging the skin or surrounding tissue was the insight behind Cryolipolysis®, the proven science on which the CoolSculpting procedure is based. The CoolSculpting procedure safely delivers precisely controlled cooling to gently and effectively target the unwanted fat cells underneath the skin. Treated fat cells are crystalized (frozen), then die. Over time, your body naturally processes the fat and eliminates these dead cells, leaving a more sculpted you. 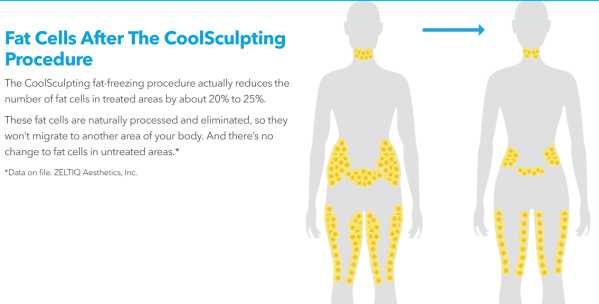 Is CoolSculpting the right fat reducing treatment for you? Schedule a consultation in our office today and we can help you become more sculpted.